The Yesudoss show on Sunday

K. J. Yesudoss will perform at Sree Ramaseva Mandali on Sunday, April 8 and expect a record attendance under the Big PandaL.

Yesudoss performs rarely in Bengaluru but he keeps his date at Chamarajpet, which he has been doing for many decades. When he first performed here he got paid ten rupees. In recent times, he has declined to accept a renumeration and the mandali says he continues to do so.

Since his is a rare concert, tickets get sold much in advance and the pandal may well be packed to the edges this Sunday as it happened last year. 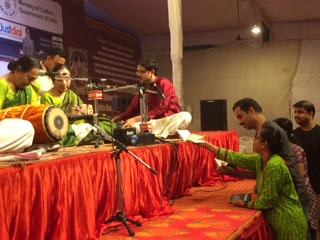 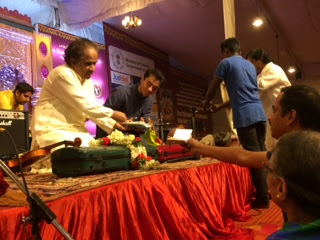 The Sri Ramanavami music season is a happy hunting ground for rasikas who love to grab a few autographs from their favourite artistes.

Young and old carry their treasured autograph books to these concerts and once the last song is done, they crowd around the stage to grab a signature.
And the artistes need not be stars!

Have you been collecting autographs too? Share your story in a comment below!
Posted by Kutcheri Buzz Team at 20:48 2 comments: 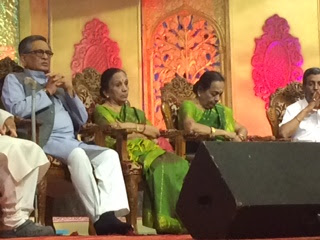 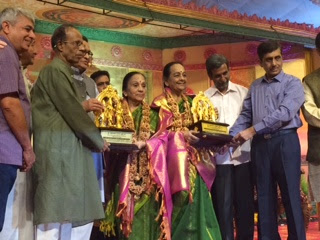 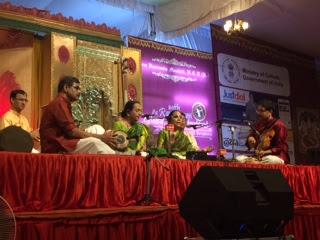 Every year, Sree Ramaseva Mandali decorates a senior artiste with the S V Narayanaswamy Rao National Award. It is given during the annual Sri Ramanavami music season.
Last year, it was given to vocalist T V Sankaranarayan.

This year, the honour went to the Bombay Sisters - Saroja and Lalitha.
At a function held under the Big Top on Sunday, April 1 evening, former union minister and Bengalurean S. M. Krishna did the honours.

Speaking to a fairly large audience, Saroja said awards were a time to say thank you to many people. First to their parents. Said Saroja, "Our father was an ardent music rasika and while he did all he could to arrange for our music education he was keen to see us as concert artistes."

She also made special mention of two gurus - Musiri Subramania Iyer who took them under his wings when the duo came to Madras to study at the Music College. And later, for many years, Prof. Govinda Rao.

She also paid tribute to their families, "for understanding the times of festivals and social functions we had to skip for concert tours".

The sisters who hail from Kerala, then moved to Bombay and then to Madras had their first concert in the early 1960s when the great Madurai Mani Iyer could not perform at a concert and the sisters were invited to take his place.

Theirs had been a musical journey for over five decades now. The sisters presented a concert after the awards ceremony and S M Krishna stayed on to listen to much of it,
Posted by Kutcheri Buzz Team at 20:46 No comments: 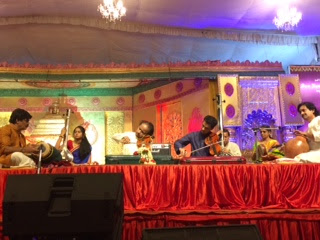 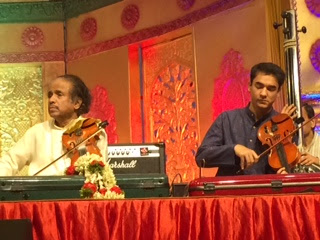 They call him the God of Violin. Here in Bengaluru.
Dr. L. Subramaniam.

In an era when there are some great violinists in the Carnatic music world, there will be rasikas who may challenge that title.

But Subramaniam still draws a big audience for his concerts.
He and his son Ambi were on stage under the Big Top in Chamarajpet on Saturday evening and even though the skies threatened to open and pelt pre-summer showers, some 2000 people stayed on to listen to the duo.

"You must be getting late so this is our last song," said Subramaniam. Some rasikas said 'noooooo' a tad softly but then it was 9.30 p.m. and Subramaniam had decided it was time to wind up.


And the entire team of musicians got a standing ovation.
Posted by Kutcheri Buzz Team at 20:42 No comments:

Are you attending concerts at various mandalis across Bengaluru?
We at KutcheriBuzz invite you to share photos and little reports on the concerts - be they in Seshadripuram or in Koramangala or in Jayanagar.

Caption the concert photos or photos of special events.
Add a few lines on the concert - avoid reviews!
Mail to - kutcheribuzz@gmail.com

Published online content will be acknowledged with bylines!
Posted by Kutcheri Buzz Team at 20:40 No comments:

Rasikas who hail from faraway Bengaluru neighbourhoods and attend the concerts at Chamarajpet are sore that the concerts are going well past 9 p.m.

Because they depend on public transport and the venue isn't the best place to get connected best across the city.

Also, these rasikas feel that at most concerts this far artistes have taken close to 30mins to tune and balance and set the audio levels with the systems technicians. So concerts tend to start only after 7 p.m.

Rasikas say concerts must best start at 6.30 p.m.
Posted by Kutcheri Buzz Team at 20:32 No comments:

80-artistes ensemble concert; what did you think of it? 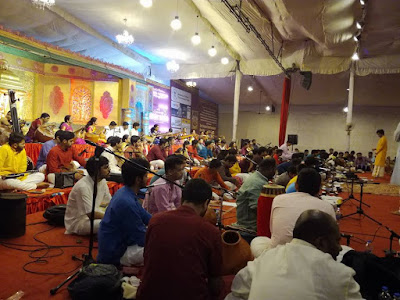 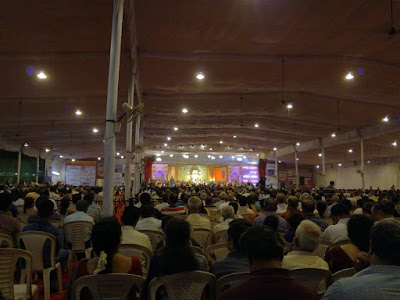 If you were at the music ensemble concert of violin vidwan Mysore Manjunath on Thursday what did you think of this recital?
Did it work the way you expected? Or you would have preferred a concert by the hugely known brothers?

The concert, held under the Sree Ramaseva Mandali banner at its Chamarajpet pandal received mixed responses.
80 artistes on one big stage under the baton of the conductor.
Photos courtesy; Vadiraja Acharya
Posted by Kutcheri Buzz Team at 20:30 No comments: 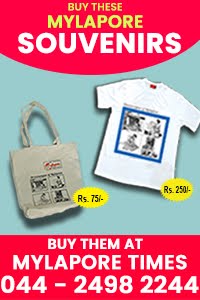